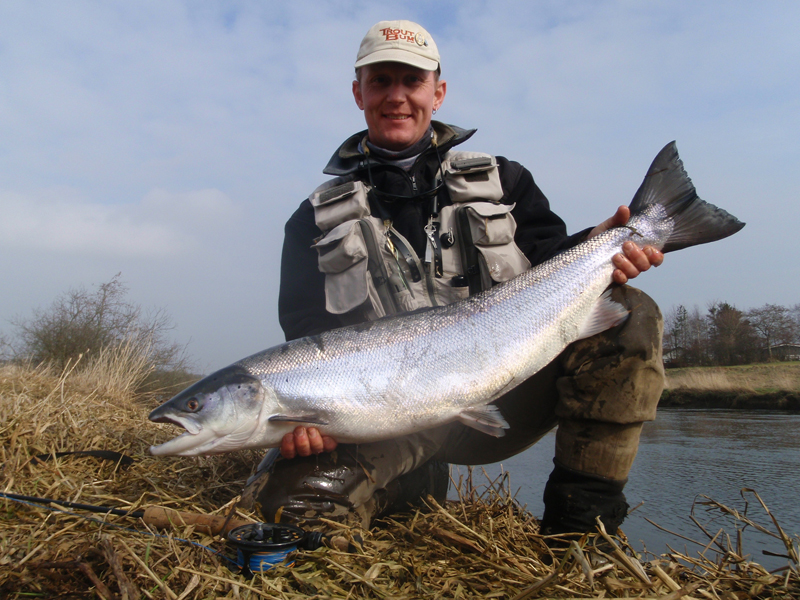 Joint Best Day of the 2014 Season
Joint Best Catch by One Rod
Three First Ever Salmon.

Yesterday August 21st., we recorded the Best Day Catch for 2014 with 8 fish landed.

We also recorded the Joint Best Catch for One Rod for One Day with 4 for Harry McCracken (N. Ireland) with 2 released on fly & 2 on prawn plus 2 lost at the net.
Harry said it was "The Best Day’s Salmon Fishing he ever had in his Life!"

There were also no less than three First Ever Salmon caught the same day –
- Gus McSweeney who had never ever fished before today
- Cedric Jouan (France) who had never fished for salmon before yesterday caught a
- one for Michael Houlihan (Dublin).

Prospects
The weather looks as if it will break somewhat in the coming days, so hopefully we will get more rain and a rise in water.

Availability.
Ok for the coming weeks for both accommodation & fishing.