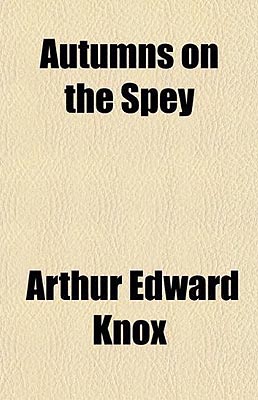 "Spey flies, properly so-called. are simple and unassuming both in composition and appearance, yet they are tied with as much skill and care by the best native artists as is exhibited in the fabrication of the most complicated, gaudy lures, formerly imported from Ireland.."
A. E. Knox
Jeg har valgt at lade teksten forblive på Engelsk, og dermed direkte fra Arthue Edward Knox (Thomas Christensen)
Fluerne er bundet af Thomas Christensen
Gold Speal 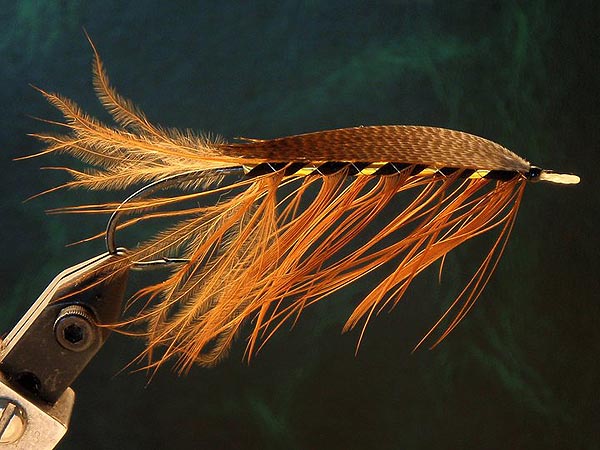 1. "Gold Speal:.. Is generally on a large hook. Body black, with only two or three turns of very broad gold
flat tinsel and with a single turn of fine silver beading between the bars of tinsel. Red cock hackle, very soft,
taken from the tail coverts of the bird. Wing, mallard."
A. E. Knox.
Silver Speal 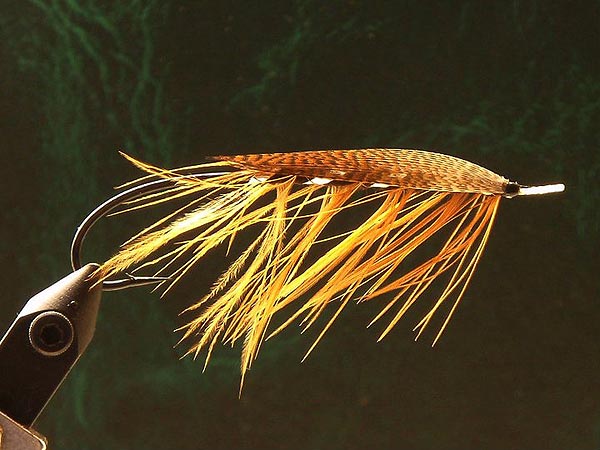 2. "Silver Speal:.. Same as above, but the flat tinsel is of silver and the beading between the bars of gold."
A. E. Knox.
Gold Reeach 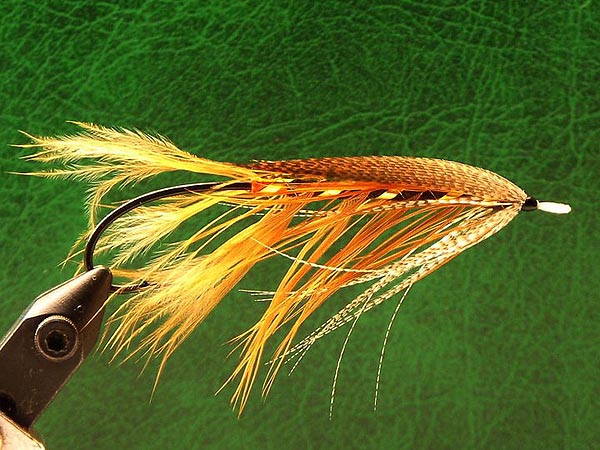 3. "Gold Reeach:.. Body black with three bars of flat gold tinsel, between which are three rows of very fine
gold beading. tip of the tail sometimes finishd with orange silk. Red cock hackles from the tail coverts -
soft and fine - along the body of the fly. Shoulder hackle of teal or guinea-fowl. Wing, mallard."
A. E. Knox.
Silver Reeach 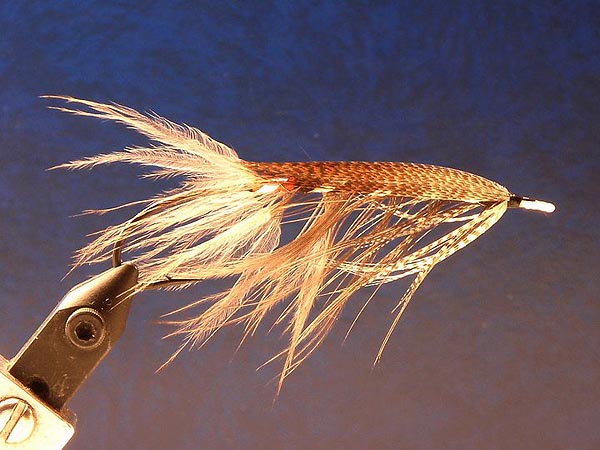 4. "Silver Reeach:.. Same as above, except that silver tinsel and beading are used instead of gold,
and grey cock hackle along the body of the fly instead of red cock hackle."
A. E. Knox
Gold-Green Reeach 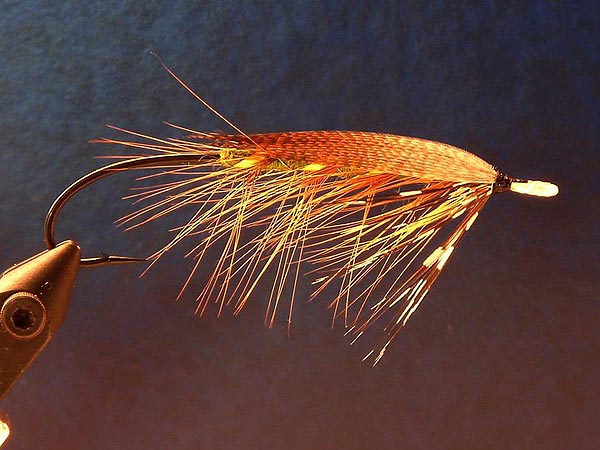 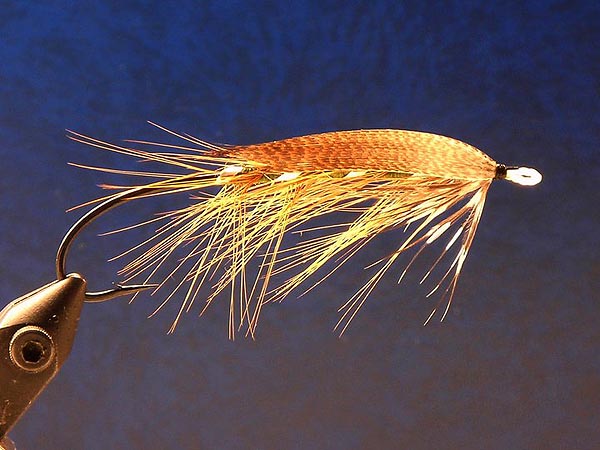 6. "Silver-Green Reeach:.. Same as above, but with silver tinsel and beading instead of gold.
A. E. Knox
Gold-Green Fly 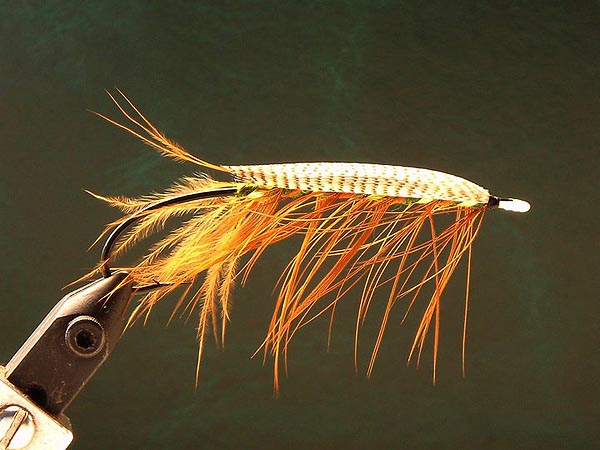 7. "Gold-Green Fly:.. Dubbing the same as green Reeach. Three or four turns of gold tinsel, according to its width,
and between each of these a single turn of orange silk. Red cock hackle. Wing, teal or grey mallard.
A. E. Knox
Silver-Green Fly 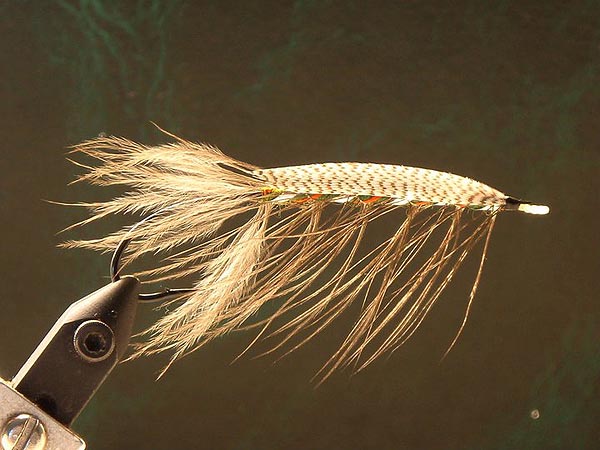