Two Springers on Fly in one day!

Two Springers on Fly in one day!

My apologies for sending two newsletters in such quick succession but I felt that this merited it!

Two Springers on Fly in one day!
My day was looking very good when I got a phone call from one of our syndicate rods - Gavin O'Shea from Cork who was the only rod out on the river this morning. After about 3 hours fishing upriver at Ballyhooly he had caught & released the First on Fly on the Lodge's beats for this season. He estimated the fish at ~12lb.Gavin took the fish on a #8 Cascade of his own tying on a Loop Quattro Tip line (Fast tip).

After lunch, another of our syndicate rods Terry O'Keeffe from Midleton came to the Lodge at about 2.30pm & I sent him to Kilmurry. At 4.00 o'clock I had a call from him to say he too had a springer on fly after only an hour fishing. I grabbed the camera & headed for the scene of the crime - the Hut Pool on Upper Kilmurry. 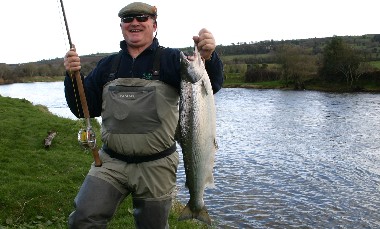 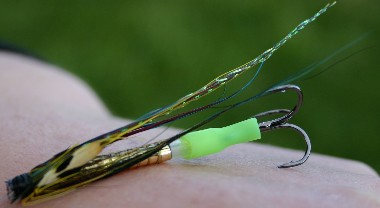 Duly photographed, I brought the fish back to the Lodge where it tipped the scales at 10.3lb.His fish also fell to a fly of his own tying  fished on a Sink 1/2 Loop Custom Shooting head made by Glenda. 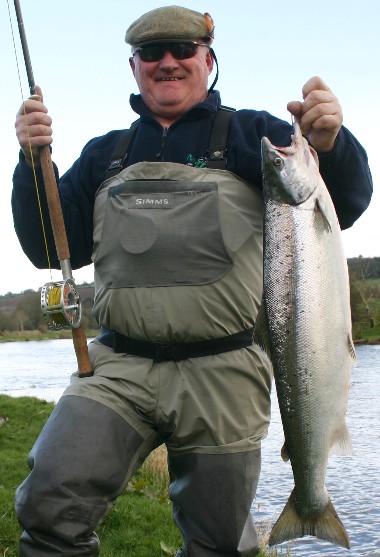 Both fish were extremely fresh but neither had sea-lice which could well mean that fish are moving through only very slowly & that there are probably a reasonable number about. Looks very very promising for the Paddy's Day weekend.

FREE casting workshop open day on Saturday, April 20th.
which will include a FREE afternoon's fishing on Blackwater Lodge beats.

The event will commence at 9.30am - meeting at Blackwater Lodge.  The casting demos and workshop will be held at Kilmurry by Glenda Powell (APGAI-Ireland Advanced Qualified Guide for Double Handed and Single Handed and former World Champion) and Conor Arnold (APGAI-Ireland qualified instructor and Guide).

We will also be showcasing the new Loop Cross S1 range for trial (http://www.looptackle.se/website1/1.0.1.0/984/1/), showing off the Sonik Tackle range and will also have a Tackle Sale including lines and ex-demo rods & reels. (Rod on sale starting from €50!!).

Want to make a weekend of it?
Participants of this event can also avail of overnight accommodation on the Saturday for only €45 per person sharing which will include a BBQ at the Lodge in the evening, and also fishing on the Sunday for €30 per person if required (normally €45).

Places will be limited, so please contact the Lodge to register for the Open Day or book for Saturday night or Sunday.